You are here: Home / Health / Did an Italian doctor just find a cure for Multiple Sclerosis?

An Italian doctor has been getting dramatic results with a new type of treatment for Multiple Sclerosis, or MS, which affects up to 2.5 million people worldwide. In an initial study, Dr. Paolo Zamboni took 65 patients with relapsing-remitting MS, performed a simple operation to unblock restricted bloodflow out of the brain – and two years after the surgery, 73% of the patients had no symptoms. Dr. Zamboni’s thinking could turn the current understanding of MS on its head, and offer many sufferers a complete cure.

Multiple sclerosis, or MS, has long been regarded as a life sentence of debilitating nerve degeneration. More common in females, the disease affects an estimated 2.5 million people around the world, causing physical and mental disabilities that can gradually destroy a patient’s quality of life.

It’s generally accepted that there’s no cure for MS, only treatments that mitigate the symptoms – but a new way of looking at the disease has opened the door to a simple treatment that is causing radical improvements in a small sample of sufferers.

Italian Dr. Paolo Zamboni has put forward the idea that many types of MS are actually caused by a blockage of the pathways that remove excess iron from the brain – and by simply clearing out a couple of major veins to reopen the blood flow, the root cause of the disease can be eliminated.

Dr. Zamboni’s revelations came as part of a very personal mission – to cure his wife as she began a downward spiral after diagnosis. Reading everything he could on the subject, Dr. Zamboni found a number of century-old sources citing excess iron as a possible cause of MS. It happened to dovetail with some research he had been doing previously on how a buildup of iron can damage blood vessels in the legs – could it be that a buildup of iron was somehow damaging blood vessels in the brain?

He immediately took to the ultrasound machine to see if the idea had any merit – and made a staggering discovery. More than 90% of people with MS have some sort of malformation or blockage in the veins that drain blood from the brain. Including, as it turned out, his wife.

He formed a hypothesis on how this could lead to MS: iron builds up in the brain, blocking and damaging these crucial blood vessels. As the vessels rupture, they allow both the iron itself, and immune cells from the bloodstream, to cross the blood-brain barrier into the cerebro-spinal fluid. Once the immune cells have direct access to the immune system, they begin to attack the myelin sheathing of the cerebral nerves – Multiple Sclerosis develops.

He named the problem Chronic Cerebro-Spinal Venous Insufficiency, or CCSVI.

Zamboni immediately scheduled his wife for a simple operation to unblock the veins – a catheter was threaded up through blood vessels in the groin area, all the way up to the effected area, and then a small balloon was inflated to clear out the blockage. It’s a standard and relatively risk-free operation – and the results were immediate. In the three years since the surgery, Dr. Zamboni’s wife has not had an attack.

Widening out his study, Dr. Zamboni then tried the same operation on a group of 65 MS-sufferers, identifying blood drainage blockages in the brain and unblocking them – and more than 73% of the patients are completely free of the symptoms of MS, two years after the operation.

In some cases, a balloon is not enough to fully open the vein channel, which collapses either as soon as the balloon is removed, or sometime later. In these cases, a metal stent can easily be used, which remains in place holding the vein open permanently.

Dr. Zamboni’s lucky find is yet to be accepted by the medical community, which is traditionally slow to accept revolutionary ideas. Still, most agree that while further study needs to be undertaken before this is looked upon as a cure for MS, the results thus far have been very positive.

Naturally, support groups for MS sufferers are buzzing with the news that a simple operation could free patients from what they have always been told would be a lifelong affliction, and further studies are being undertaken by researchers around the world hoping to confirm the link between CCSVI and MS, and open the door for the treatment to become available for sufferers worldwide.

It’s certainly a very exciting find for MS sufferers, as it represents a possible complete cure, as opposed to an ongoing treatment of symptoms. We wish Dr. Zamboni and the various teams looking further into this issue the best of luck. 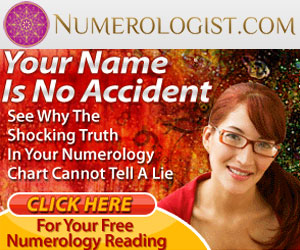 Learn What Has Been Holding You Back 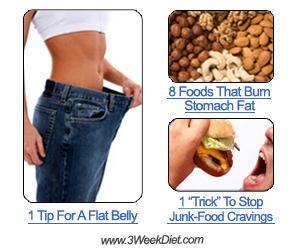